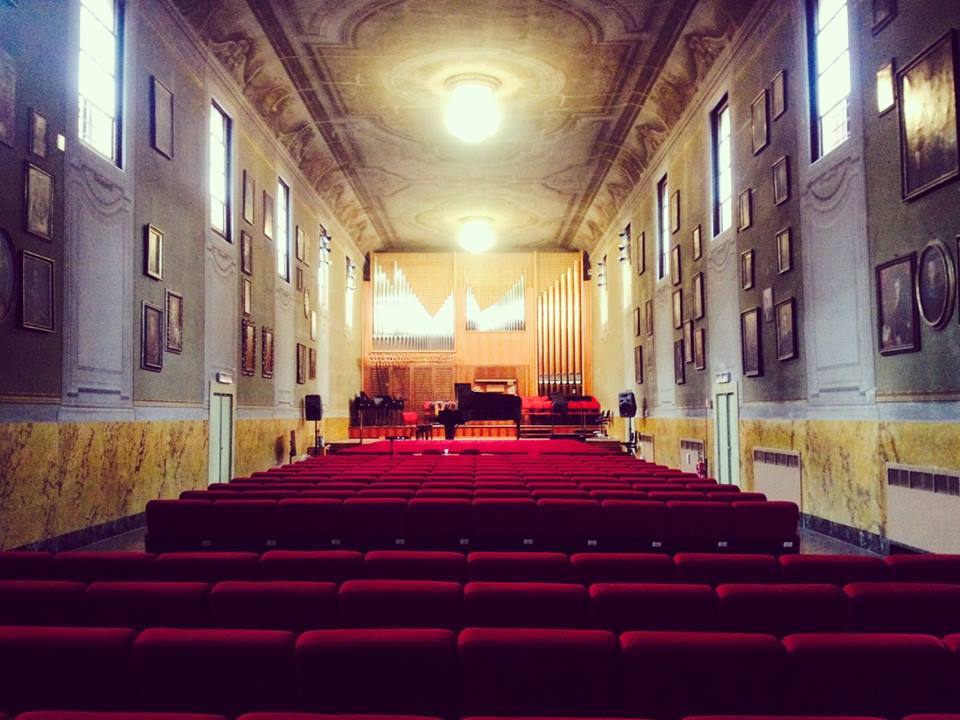 Sala Bossi - Piazza Rossini, 2
In 1802, the city of Bologna embarked upon the project to give the city a musical high school and conservatoire, housed in the convent of S. Giacomo next the Church of S. Giacomo.

The new school’s curriculum was expected to include lessons in composition, singing, piano, violin and viola, violoncello and double base, oboe and English horn. And so it was that, on Monday, 3 December 1804, the shiny new Liceo Filarmonico of Bologna opened its doors, becoming the heart of the future Conservatoire “Giambattista Martini”. Over the decades, Bologna’s Conservatoire brought in more and more subjects and more and more students and teachers. It expanded to encompass 30 classrooms. It enjoyed the teaching and input of musicians engaged as composers, orchestra directors and course directors and as instrumental soloists. The Conservatoire of Bologna is located at no. 2 Piazza Rossini next to the magnificent Church of S. Giacomo Maggiore and its cloister, and overlooks another cloister. It is small but mighty. In 2004, its door proudly declared, or rather sang, Io la Musica son, the beautiful music and lyrics by Claudio Monteverdi.