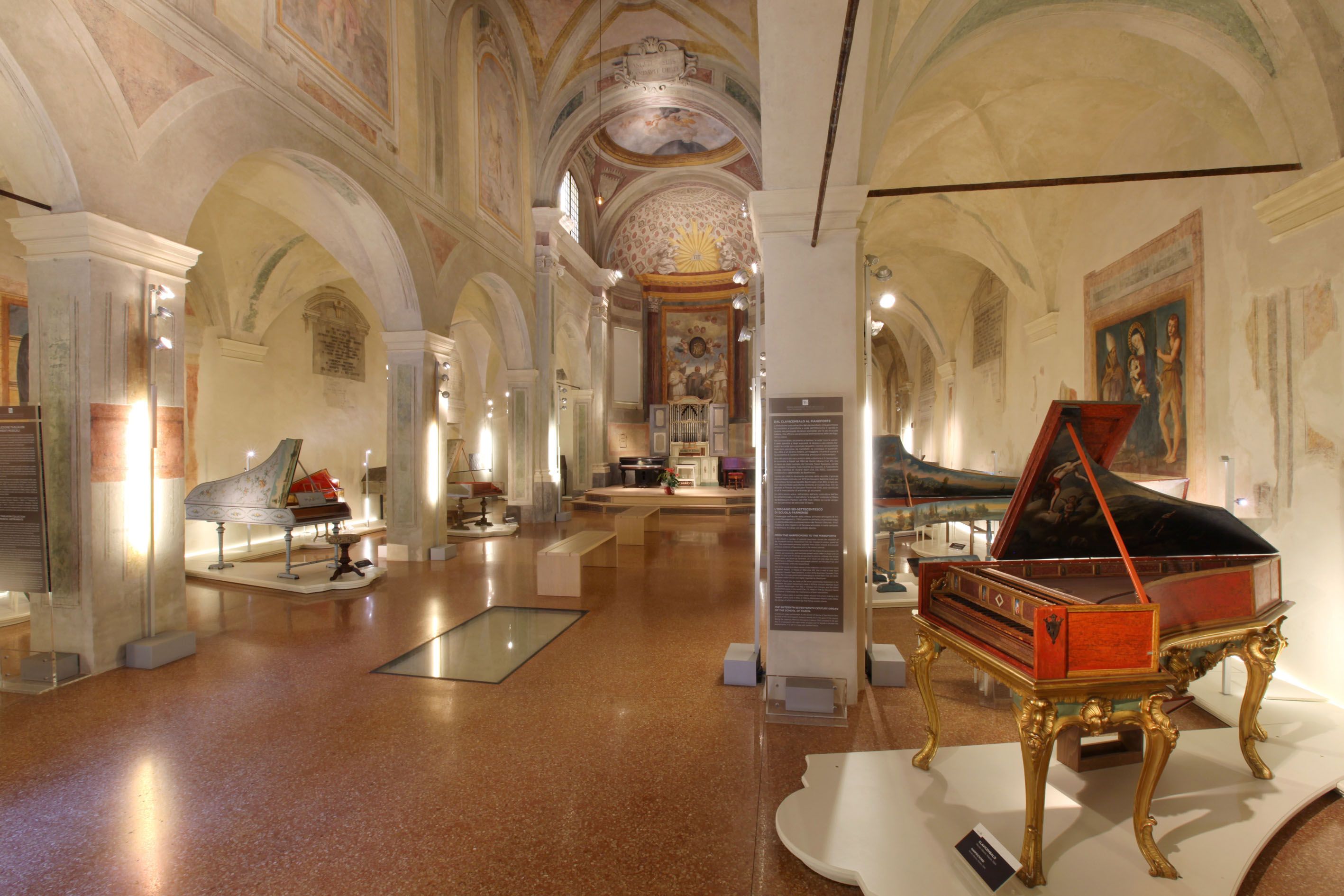 Via Parigi, 5
Acquired by Fondazione Carisbo in 2005, this is a religious building complex made up of a series of adjoining buildings joined together over the centuries. The oldest part is the church itself which is popularly believed to have been built at the behest of the Bishop of Bologna, Peter I, in around 610.

The three naved interior contains two 15th century Bologna school frescoes both depicting the Enthroned Virgin and Child. The adjoining Cappella della Madonna dell’Orazione, on the other hand, dates to 1591 and contains an image of the Virgin painted in 1399 by Bologna painter Lippo di Dalmasio. Restoration work sponsored by Fondazione Carisbo unearthed a 13th century burial site and a 13th century cross, definitively attributed to Giunta Pisano on the wall of a medieval crypt which had been completely buried and forgotten for centuries. The first-floor oratory is extremely fine, a Bologna art gem, and was the setting for what historian Carlo Cesare Malvasia has called “a glorious contest” between Carracci’s pupils resulting in a cycle of frescoes inspired by Christ’s Passion and Triumph. On the occasion of the year 1600 jubilee, the room’s decoration was entrusted to Ludovico Carracci’s best pupils, first and foremost Guido Reni, Domenichino and Francesco Albani.

San Colombano contains a collection of musical instruments gathered by Bologna musician and scholar Luigi Ferdinando Tagliavini made up of ninety artefacts most of which have been perfectly restored, are fully functional and come from a range of Italian and European schools in a chronological arc covering five centuries, from 16th century treasures to popular 20th century instruments. It is keyboard instruments of various types which predominate (from harpsichords to pianos, organs to clavichords) many of which were decorated with paintings. San Colombano’s packed events calendar includes visits to the building complex and the music collection, concerts and conferences. San Colombano also contains the specialist library of the late lamented Bologna musicologist Oscar Mischiati.

Find out more on genusbononiae.it/en/palazzi/san-colombano/