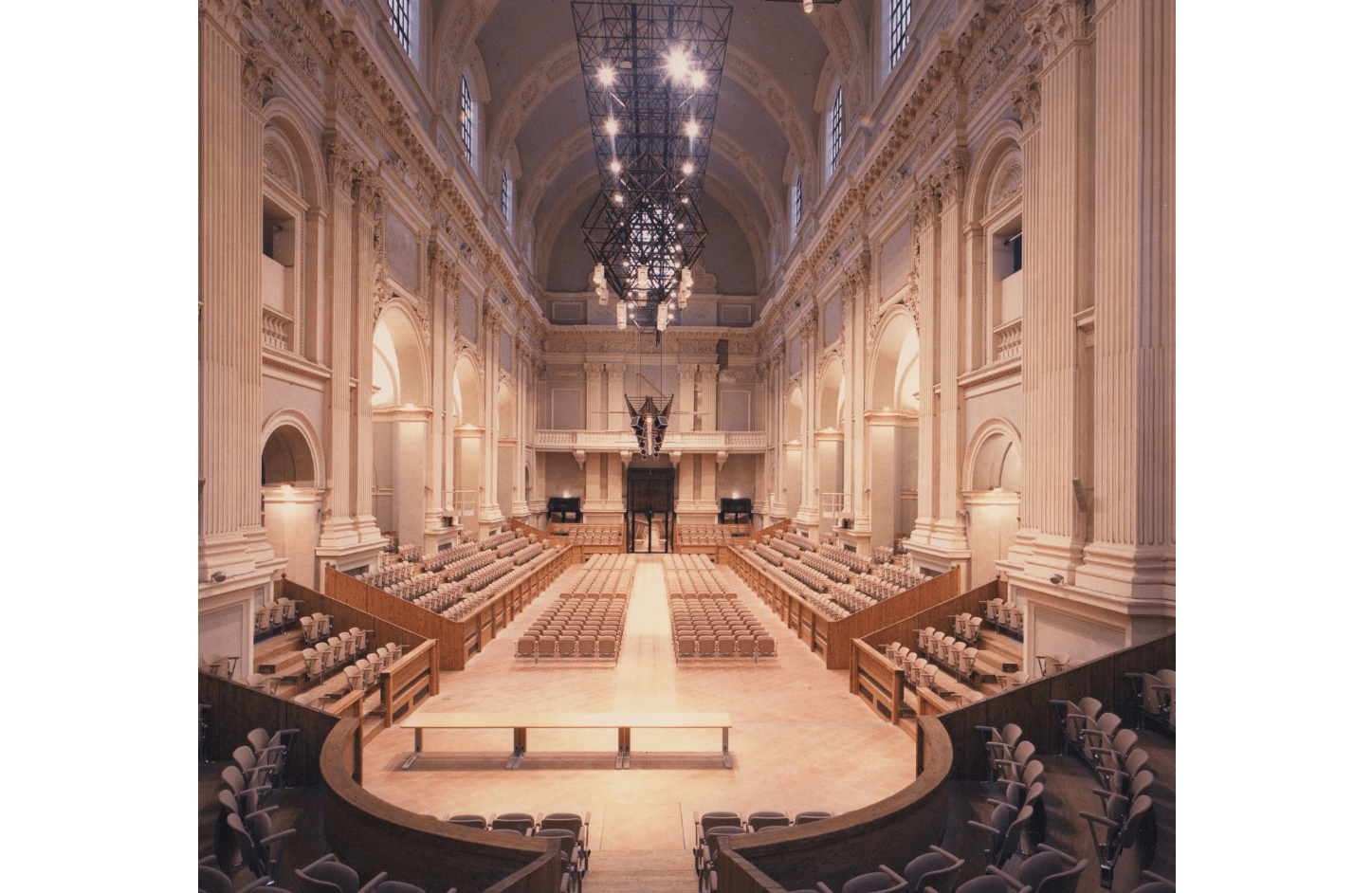 Aula Magna - Via Castiglione, 36 | Aula Absidale - Via de’ Chiari, 25
With the conferral of an honorary degree on His Majesty the King of Spain, Juan Carlos I, Santa Lucia’s Aula Magna was inaugurated on May 5, 1988. The initiative of rector Fabio Roversi-Monaco, the unity of purpose between the City of Bologna and the University, and the fundamental contributions for restoration provided by the Cassa di Risparmio di Bologna, Banca Popolare di Bologna e Ferrara, Banca Popolare di Milano, Banca Nazionale del Lavoro, Trevi S.p.A. and Impresa Montanari allowed for the full restoration of the Aula Magna in less than a year: in time for Santa Lucia’s 900th anniversary. All restorations were undertaken in accordance with modern conceptions and in collaboration with Bologna’s Department of Architectural Heritage.

The origins of the Church- like those of the entire Castiglione – Cartolerie – De’ Chiari neighbourhood- are ancient. The historian Masini dates its foundation back to 432 AD. A succession of events prevented completion of the Church’s façade and monumental apse for nearly two centuries. During this time, rites were celebrated in one section of the nave, temporarily closed off. In 1866, the royal domain seized the Church and appropriated it for use first as a barracks, then as a gymnasium and finally, as a laboratory for the Aldini Valeriani Institute.

Santa Lucia’s Apsidal Room was inaugurated about two years after the Aula Magna. The room seats more than 350 people and is adjacent to the Church’s service areas (cloakroom, toilets, pressroom, drawing room). The Apsidal Room has curtain walls- with a metallic grid structure and glass panes- inset in the curves defined by the uncompleted transepts, and abutting the Aula Magna’s two side courtyards. A screen links the Apsidal Room to the Aula Magna.*

*Text taken from “S. Lucia, Growth and Rebirth of the Church and Colleges of the Society of Jesus, 1623-1988.” 1988. Story of an Uncompleted Urban Transformation, edited by Roberto Scannavini, Bologna: Nuova Alfa Editoriale.