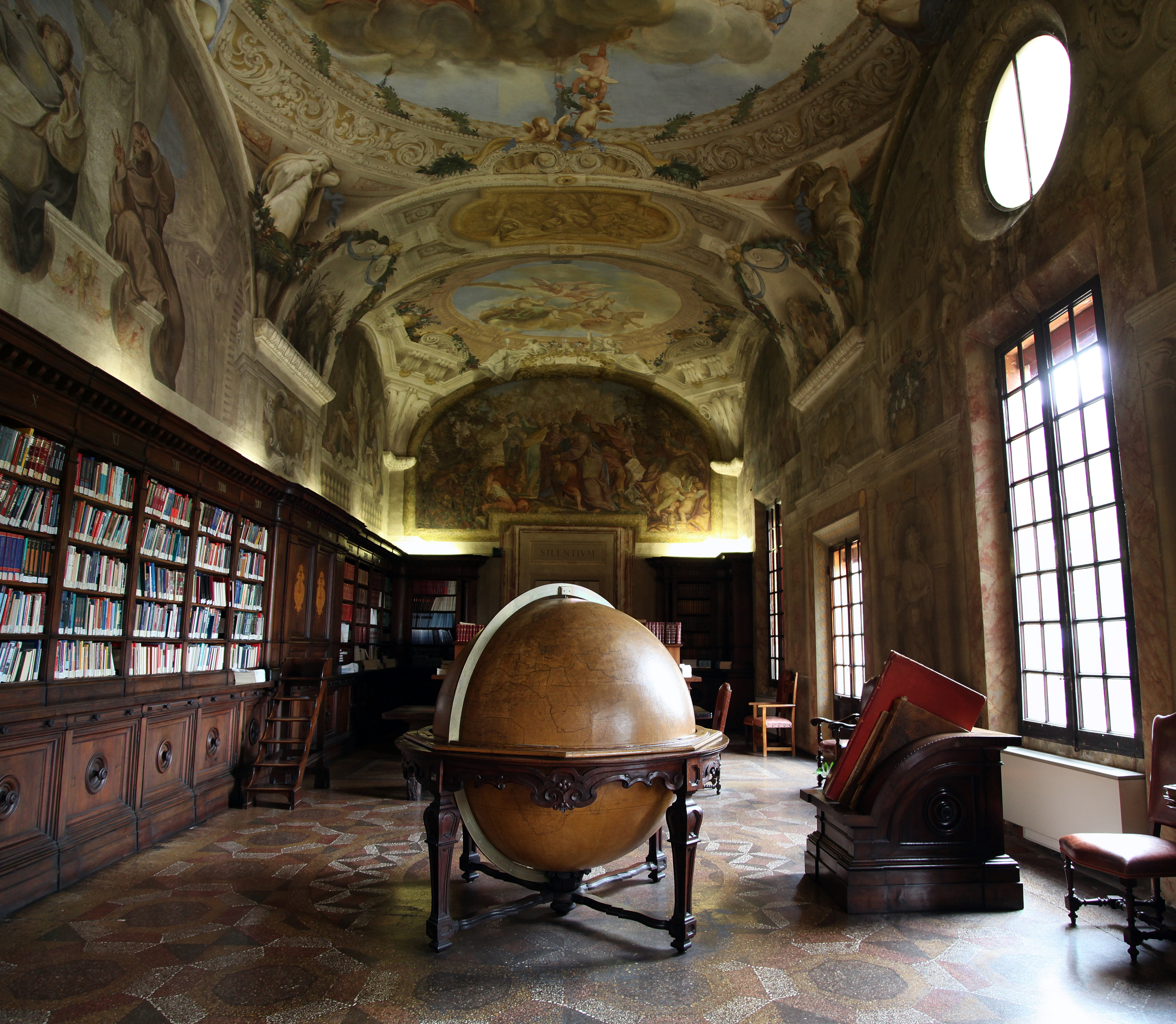 Scientific Library | Via Giulio Cesare Pupilli, 1
Situated in the hills immediately to the south of Bologna, the San Michele in Bosco monastery complex is the historic headquarters of the Rizzoli Orthopaedic Institute. It’s a monumental area of extraordinary architectural and artistic value, rich in artwork spanning more than four centuries.

An octagonal cloister featuring frescoes by Ludovico Carracci and Guido Reni, the former monks’ refectory decorated by Giorgio Vasari, and a library filled with frescos painted by Domenico Maria Canuti in the 1600s: these are some of San Michele in Bosco’s unique sights.

The library occupies 16th-century rooms on the first floor of the monastery, where the “bookshop” of the Olivetan Monks was once headquartered. The majestic globe was created from descriptions of cartographers and expert travellers in 1762. The library’s patrimony of written works represents one of the most complete and rare collections in the field of orthopaedics.

The San Michele in Bosco Park surrounds the Institute. The park dates to 1890, when work was still underway to adapt the old monastery to the requirements of a hospital. The vision of Bologna from the park’s panoramic viewpoint has been celebrated across the centuries: “Seated under imposing oaks, we savour in silence one of the most immense views in the universe,” wrote Stendhal during his 1817 visit to Bologna.